See the whole report in PDF, including the topics:
Task-force report (Summary of discussions)
WCCC
FIDE Album
WCCI
Next meeting

See the whole report in PDF, including the topics:

Next meeting
There was some questioning about how we should carry on with these meetings.
Mr Kovačević suggested we shouldn’t stop with online work until the Congress.
He also thought that there should be an official agenda drawn up and circulated before the meeting.
It was agreed the next meeting would be on Wednesday 2.6.21 18:00 CEST 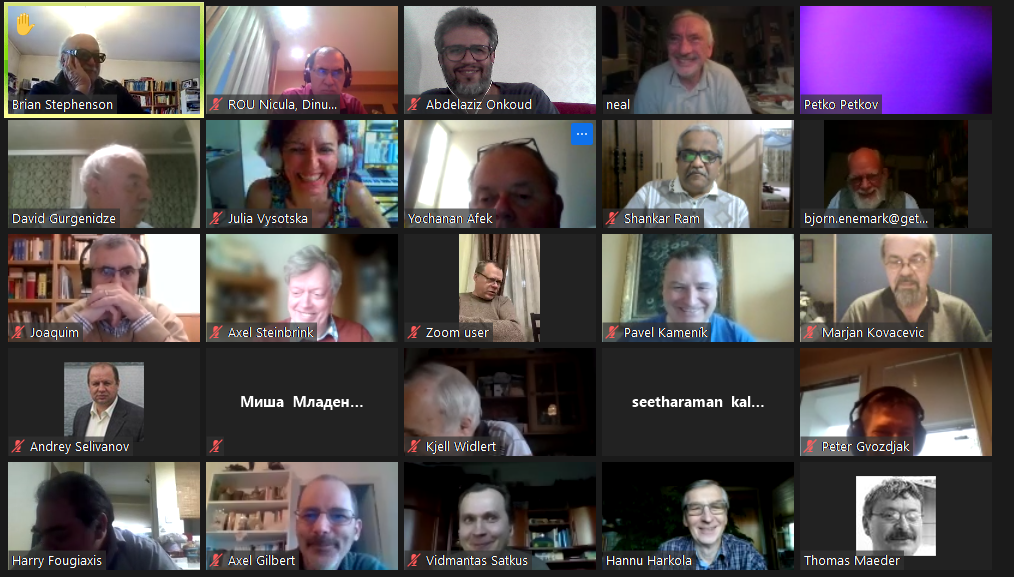 The Zoom meeting 10.05.21 19:00 CEST was hosted by Andrey Selivanov with Harry Fougiaxis and Julia Vysotska as cohosts.

See the whole report in PDF, including the topics:

1.1. Do we want to have these meetings regularly, at least until the next live Congress?
1.2. Logistic for the online meetings: who does what?
1.3. The rights for decision making
1.4. How to decide about the changes of Statutes if needed?
The ECSC & WCSC meetings

Summing up at the end of the meeting the President emphasised the importance for the Federation of the Congress going ahead this year.

Mr Kovačević welcomed the presence online of attendees from far afield such as Singapore and
India as well as others who wouldn’t normally attend live meetings.