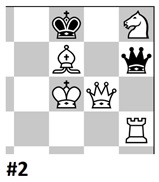 The remarkably young (with three juniors among the four solvers!) team of Russia brought the country its first European team title, finishing well ahead of second-placed Poland and third-placed United Kingdom. While the powerful performance of the new champions made the outcome of the team competition quite certain already after the fifth round, the suspense in the individual competition continued up to the last minute. Thanks to their results in the final round, the silver-medalist Piotr Murdzia and the bronze-medalist (and winner in the official senior competition) John Nunn outran the other competitors, all except one: the sixteen-year old Danila Pavlov, who successfully resisted all the attacks on the yellow jersey that he had taken after the fourth round, and became the youngest ever European champion. /Ivan Denkovski, director/