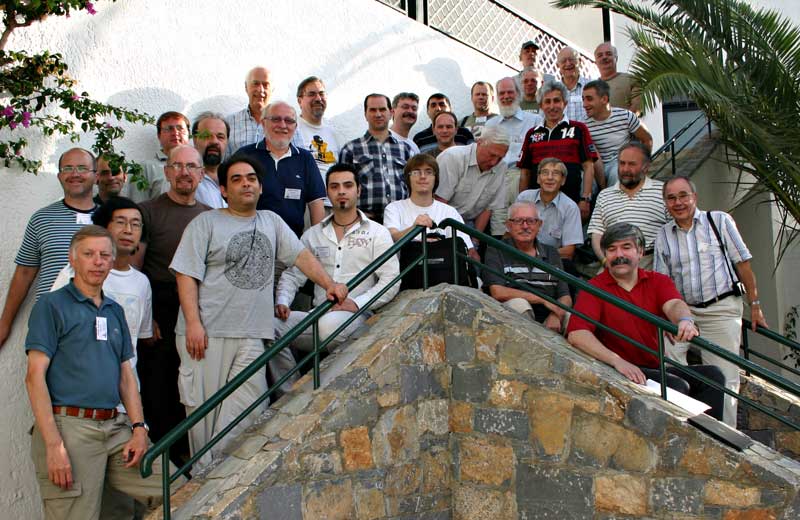 Delegates in the meeting at Crete

New name of the organization is World Federation for Chess Composition (WFCC).
New Statutes were accepted permitting the registration in Switzerland.

9. WCCT will be announced in January 2011. The director is Harry Fougiaxis.
Judging countries, five in each section and one reserve, were selected.

FIDE-Album 2001-2003 is going to the printer immediately. See order
information.
Electonic submission of entries will be accepted in some sections of the FIDE
Album 2007-2009. More details soon.

After the meeting in Crete, it was found that Daniel Papack (Germany)
and Dragan Stojnic (Serbia) have also reached the required Album points
for the titles of the International Master and FIDE Master for Chess Compositions
respectively. The titles will be awarded to them in the next Ordinary Meeting
of the WFCC.